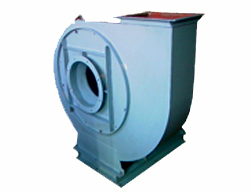 Force draft fan is used for Complete Combustion ( It gives Excess Air) of Fuel Coal/Oil/Bio in boiler, due to which Boiler Efficiency Increases, at the same time ESP load reduces, Forced Draft Fan Erosion reduces most important Atmospheric Pollution Reduces. Both are important in boiler Operation almost equally But both are opposite in terms of Draft are concerned.

A forced draft (FD) fan is a type of pressurized fan that gives off positive pressure within a system. It is mainly used in industries that employ boiler systems in order to promote boiler efficiency, but it has a wide range of applications. Typically, outlet and inlet dampers are utilized in order to maintain the pressure in the system. A common forced draft fan has a wheel at the center that hangs on a shaft along with integrated inlet boxes.

This type of fan can be used in various industries and processes such as: